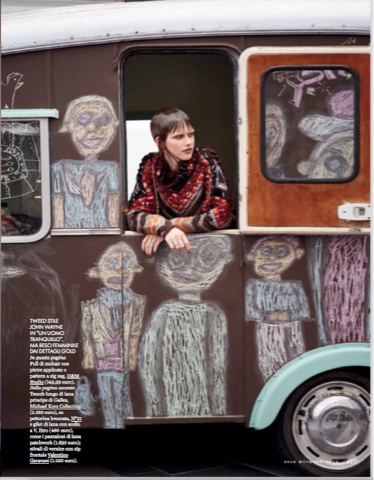 Posted by gaspartists.blogspot.ie at 08:24 No comments:

Brent Pope "Inside Out" Documentary 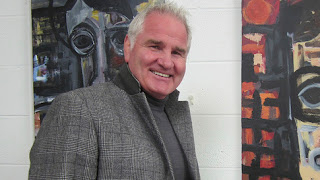 Tonight we will see Brent Pope's journey to discover Irish Outsider artists which culminates in the stunning exhibition, Beyond. Don't miss this opportunity to see the making of the exhibition and get to know some of the artists involved. 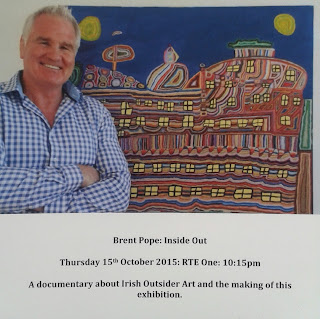 Posted by gaspartists.blogspot.ie at 06:35 No comments: 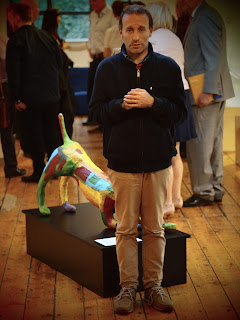 Three of GASP’s artists have been selected to showcase their work in an exhibition of Outsider Art, the venture of popular rugby pundit Brent Pope. He started a search for Outsider Artists due to his curiosity about the genre’s profile in Ireland. His dream was to uncover the country’s hidden Outsider Artists and it was realised when he put out a call on national airwaves for submissions. He received an overwhelming response. Approximately 150 artists from around Ireland submitted work to this project and the final show includes 18 artists, 3 of which are GASP’s Rosaleen Moore, David Connolly and Yvonne Condon.

Our artist’s journey to the exhibition started when researchers for the show contacted GASP and videos of the artists working in studio were sent to the production company. It was the first opportunity for the curator’s to see the artist’s style and process. Images of the artist’s work were also submitted. The final pieces for the exhibition were chosen and were brought to Dublin.

David Connolly’s “Dog” was chosen for the exhibition. It is a sculpture piece made by Tom Campbell and painted by David.  The work possesses his distinctive style. The devotion he has to each piece and the unique and controlled movement of the brush he uses. Blocks of colour merge on the sculpture, but are also layered upon each other, balancing, to create a structural quality. The ridged texture of the paint on the Dog is so prominent that the paintings surface quality could also be considered sculptural. 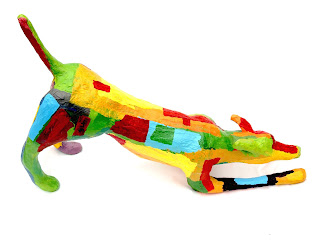 Rosaleen Moore had four pieces in the show. Two of which are from a GASP recent show called Generations. Rosaleen’s work was chosen because she strives to make Cork City look like a magical place with vibrant colours and the addition of extra details from her imagination. 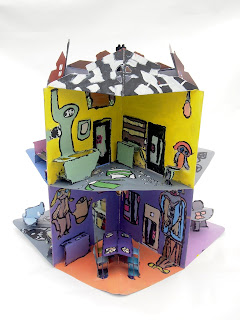 “Big Yellow Nude” and an untitled portrait were Yvonne Condon’s submissions. Her paintings are snap shots in time and her method reflects this as she completes them at high speed. The amount of detail Yvonne manages to include in her paintings is quite a feat due to her limited eyesight. 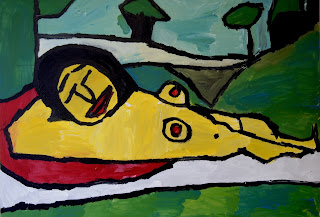 The long awaited opening night of Beyond was on the 6th of October 2015 in the Copper House Gallery. Most of the 18 artists, along with their friends and family joined Brent Pope and all those who made the exhibition happen to celebrate the work. The group of artists exhibiting their work are from all over Ireland. Some are independent artists and some are from supported studio settings such as Cuig and KCAT. There was a wonderful atmosphere in the gallery. It was emotional for some, an awakening for others but all who came, had a desire to explore the art. 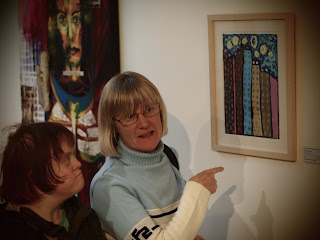 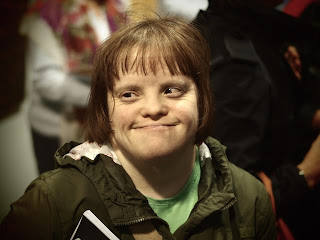 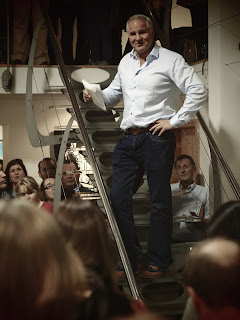 The exhibition captured the interest of the viewers as soon as they walked through the doors. The individual pieces told their stories through bright colours, unique shapes and distinct styles, but the exhibition as a whole encompassed a greater tale of how important it is for this work to be seen and promoted. The art produced is raw; it can be therapeutic for the artists. It is not created to impress or for financial gain but to simply express visually what is within. Many but not all of the artists in this exhibition are living on the margins of society and may have experienced social disadvantage or social exclusion. Brent says, “To me, they represent what art should be, not about our acceptance, validation or about personal financial reward but about the immense pride and daily pleasure they derive from splashes of brilliant colour or minuscule detail painstakingly rendered. These art innovators are truly uncooked by culture”. 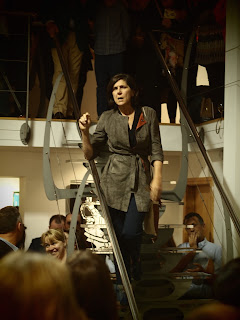 Brent Pope, Dorothy Cross, and Leszek Wolnik spoke at the opening. Leszek, the curator of the gallery commented that it was one of the best shows they had ever had in the gallery. Dorothy Cross, one of Ireland’s leading international artists made an interesting point about how she had recently seen a cave drawing that was undiscovered for thousands of years. She remarked that it is comforting to know that the art and artists of this show will not go undiscovered thanks to the people who support the genre. Brent Pope gave an emotional speech, as he genuinely has a love and is deeply touched by Outsider Art. He immersed himself in the exploration of the art and dedicated his time to finding it and says,  “I’m not an art critic or expert; I just have a passion for this kind of art and the talented people that create it.”

For all involved, this exhibition has been a culmination of hard work and passion. Both the art and the artists are inspirational and deserve this opportunity to be acknowledged and celebrated.

"I cannot emphasise too strongly how touched and honoured I have been to finally realise this dream. This project has been my privilege." - Brent Pope. (Extract from the exhibition catalogue)

Ailbhe Barrett, an artist from Cuig, Cork City, was interviewed by Ryan Tubridy along with two other artists, on the Late Late Show on Friday the 9th of October 2015.

RTE Television commissioned Firebrand Productions to create a documentary following Brent Pope’s journey of discovering the artists and their work. It will be shown on Thursday the 15th of October 2015. http://rteonenewseason.rte.ie/portfolio/brent-popes-outsiders/


Posted by gaspartists.blogspot.ie at 15:40 No comments: